It is an accepted fact that the Holy Quran and Sunnah are the integral part of Islamic Shariah and its civilization. The Sunnah is the 2nd foremost source of deriving the rulings. The Sunnah and Hadith are commonly considered alike in broad perspective. It has been scrutinized and evaluated by a specific yard stick called the "Ilm al- Isnad" or "Ilm al Jarh wa T'adeel" or "Ilm Asmaa al Rijal". This evaluating tool has been a reliable and strict source to accept or otherwise reject a narration. The renowned west scholar "Robert Spencer" has admired the work of Muslim sholars on Hadith and its Principles. He acknowledged that this is the unique contribution of Muslims that they secured the sayings of their Prophet (SAW) in an unpreceding manner. A Hadith has commonly two parts, the Sanad (Chain of narrators) and the Matan (Text). The authenticity of a Hadith is based on the Sanad and any kind of deficiency appeared in Sanad can make a Hadith non reliable or rejected. Because of its so much significance the knowledge of Sanad is definitely a source of protection to Hadith. The scholras of hadith have introduced specifiic rules and regulation with regards to evaluate a chain of Hadith. This article is an attempt to explore the status of “Ilm al Isnaad" in protection of Hadith. First of all the definition of Chain and Text has been provided in light of the scholer's opinions. Similarly the historical background of this knowledge, from the era of the Prophethood to the last period i.e the beginning of 3rd Hijrah, Which has been divided into six phases, has also been mentioned in the article. 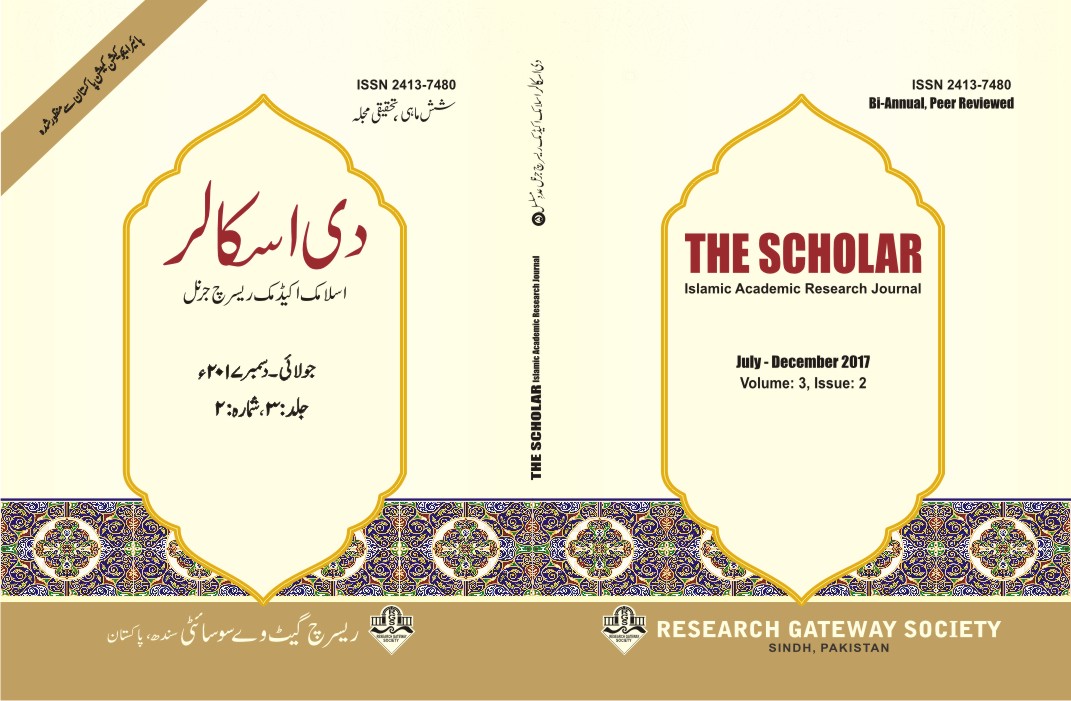